With the current UK government pushing several different, but related, initiatives to support and champion towns in England – including the similarly named Future High Streets Fund and High Streets Task Force, as well as a separate Towns Fund – it’s not surprising that there is some confusion about what’s happening.

Indeed, some of the confusion arguably stems from this recent government press release (30 December 2019), which introduced the first 14 pilot areas for the High Streets Task Force, at the same time as recapping some of what had been announced already.

Not surprisingly, many of the businesses and towns that CannyInsights.com works with are asking us for more information about these various initiatives, which have potential to have a positive impact on lots of places around the country.

So, we have prepared this plain-English explainer to share our understanding of what’s going on.

We will periodically update this explainer to reflect the latest developments. The most recent updates were made on 19 February 2020.

What is the Future High Streets Fund?

In the October 2018 Budget, the UK government announced that a “new £675 million Future High Streets Fund will be set up to help local areas to respond to and adapt to changes”, including funding for “a new High Streets Taskforce to provide expertise and hands-on support to local areas”.

You can read the background policy paper for the Future High Streets Fund, produced by HM Treasury and the Ministry of Housing, Communities & Local Government (MHCLG), here.

In December 2018, the UK government published the full prospectus for the Fund – calling it an initiative to “support and fund local areas’ plans to make their high streets and town centres fit for the future” – and invited local authorities in England to submit proposals for projects costing a maximum of £25 million per place. You can see how The Guardian covered that story here.

The Fund only applies to England, as the devolved administrations in Scotland, Wales and Northern Ireland have their own departments covering responsibilities related to communities and local government.

In July 2019, 50 areas that had submitted proposals were shortlisted, with the news that each would receive “up to £150,000 of new funding to work up detailed project proposals”. Many of these shortlisted bids cover whole town centres, but for larger city centres the bids tend to focus on a more defined quarter (e.g. Whitefriargate in Hull or West End Point in Nottingham).

The full list of 50 includes bids from several North East local authorities: Darlington, Durham (for Bishop Auckland), South Tyneside (for South Shields), Stockton-on-Tees and Sunderland. Though the government press release repeatedly refers to “over 50 areas”, we’ve checked and double-checked the full list and can only count 50 exactly.

In August 2019, following the announcement of a further £325m for the Fund – making it £1 billion all together – a further 50 local authorities were shortlisted, taking the total number of areas to 100. These 50 would also therefore progress to the second phase, and receive £150,000 each to work up their bids.

As of January 2020, the 100 local authorities are understood to still be working on their detailed bids.

Not all the money in the £1 billion Future High Streets Fund will go to these 100 areas, though – £52 million of it, for instance, is helping fund a separate programme of High Street Heritage Action Zones (more on that later).

What is the High Streets Task Force then?

Though mentioned in the original announcement about the Future High Streets Fund, the High Streets Task Force is a separate initiative, which launched in July 2019.

According to the UK government, “The High Streets Task Force will be comprised of experts who will provide tailored guidance and advice to local authorities seeking breathe new life into their local high streets and town centres as they battle against changing consumer habits”. You can read more about its intended work and impacts – which again relate only to England – on the dedicated Task Force website here.

The Institute of Place Management (IPM) at Manchester Metropolitan University was awarded the £8.6m contract to lead the Task Force, heading a consortium of industry partners including the Royal Town Planning Institute (RTPI), Landscape Institute and The BID Foundation, among others.

Graham Soult from CannyInsights.com is, of course, an elected Fellow of the IPM, in recognition of his “very high level of personal and professional achievement, within the industry”. This gives us scope to potentially share our expertise with the Task Force throughout its operation – and Graham is, indeed, already contributing as an expert at the pilot stage – but we are not at all involved in the Task Force’s day-to-day management.

In December 2019, the UK government announced the first 14 of 20 pilot areas for the High Streets Task Force – all different to those places already involved in the Future High Streets Fund – which will “receive tailored expert support to assist in rejuvenating their town centres”.

How do these 14 pilot places relate to the 100 shortlisted for the Future High Streets Fund?

They’re entirely separate – though you can be forgiven for being muddled after reading the press release.

The 14 pilots aren’t receiving, or bidding for, direct funding from the Future High Streets Fund, but will instead benefit from “training and support” via the High Streets Task Force.

This is expected to include “face-to-face support, access to cutting-edge research, new online training, and local footfall data to give businesses that vital edge and transform local town centres”.

In particular, IPM’s well-known work around the Top 25 Priorities for Vitality and Viability  – recently updated – and the High Streets Task Force 4Rs of Renewal are expected to be important frameworks for action and renewal in these high streets and town centres.

In contrast, the 100 local authorities already involved in the Future High Streets Fund – which IPM isn’t involved in managing, incidentally – are bidding, separately, for a potential £25 million each for local high-street projects.

(Interestingly, the latest government press release refers to “101 places”, rather than 100, though we’re not clear where this number has come from – we can still only count 100.)

That’s not to say that there won’t be overlaps between the two programmes in the future. For example, once the High Streets Task Force is rolled out across England later in 2020, it is quite likely that local authorities bidding to the Future High Streets Fund will be among the first to access the Task Force’s support.

Equally, because of the focus on supporting local leadership, those places initially involved in the High Streets Task Force may well find themselves equipped with new skills and insights that could potentially assist them in any further Future High Streets Fund bidding round (if that were to happen).

What about the other six Task Force pilots?

Well spotted. The High Streets Task Force is indeed working with 20 local authorities at the pilot stage, and the involvement of 14 has been agreed and announced so far.

As of February 2020, however, the remaining six are yet to be confirmed or announced. Meanwhile, the Task Force will be undertaking its first visits to the 14 pilot towns in March.

On the agenda – how evidence and data can support place regeneration. ICYMI: https://t.co/VB8fZusJtA

Thanks to all the place leaders and representatives. On to our high street visits in March! pic.twitter.com/E9H1OY7dRM

There’s a Towns Fund too – what’s that?

While it’s clear that the two funds do account for £3.6 billion in total, our interpretation is that they have different purposes, and operate separately, rather than one fund being part of the other. In simple terms, the Towns Fund proper seems to be worth £2.6 billion and the Future High Streets Fund £1 billion, as unpacked in this useful “FactCheck” article from Channel 4 News.

Announced in its current form in July 2019, the Towns Fund is focused on “innovative regeneration plans” – particularly involving improved transport, broadband connectivity, skills and culture – and represents a rebranding and beefing up of the £1.6 billion “Stronger Towns Fund” that the previous prime minister had launched in March 2019.

The 100 places being supported to develop “Town Deals” were revealed in September 2019. As with the other initiatives described in this blog post, the Towns Fund also relates only to England.

As with the separate Future High Streets Fund, each place is bidding for up to £25 million each; given that 100 x £25 million would be £2.5 billion – slightly less than the total £2.6 billion fund available – and that it is unlikely every place will receive the full £25 million, it is not yet clear what any remaining money in the Towns Fund might end up being used for.

The prospectus was then published in November 2019, explaining that “the purpose of these funding streams is different with the Towns Fund focusing on a wider geography than just one high street. In many places Town Deal funding will not necessarily be directed toward the high street”.

Nevertheless, because of its focus on “increas[ing] economic growth” through regeneration, and on addressing issues such as transport and broadband connectivity – which can be barriers to successfully functioning town centres – it may well be that the Towns Fund has an indirect positive impact on high streets too.

As with the Future High Streets Fund, however, there still seems to be some way to go before local authorities submit their detailed Towns Fund bids, the successful local authorities are announced, and places around England secure the money to implement their proposed investments.

Sadly not! We’ve deliberately focused on just three big initiatives in this article – the Future High Streets Fund, High Streets Task Force and Towns Fund – as we perceive these to be where much of the greatest confusion and misunderstanding lies.

However, there is still more UK government activity related to high streets and town centres that it’s worth knowing about, including:

Funded by DCMS (£40 million) and MHCLG’s Future High Streets Fund (£52 million), and overseen by Historic England, it was announced in September 2019 that 69 high streets within conservation areas in England will share £92 million for projects that will “transform disused historic buildings into shops, houses and community centres”.

A further £3 million from the National Lottery Heritage Fund – taking the total project budget to £95 million – will “support a cultural programme to engage people in the life and history of their high streets”.

North Shields, Hexham and Middlesbrough are the North East locations that will benefit from this programme, with funded schemes due to start in April 2020.

On 9 January 2020, the Communities Secretary announced a “new Town of the Year competition to celebrate thriving towns”, more details of which will be revealed “in due course”.

According to the UK government, the new competition – covering just England, as always – will aim “to celebrate towns’ achievements, including in areas such as entrepreneurship, technology, community, enterprise, and integration”.

It will be accompanied by the creation of a “Towns Hub” within MHCLG to work directly with the 100 places that are bidding to the Towns Fund (see above), “with a named representative from the department supporting local people on the development of their plan”.

It is not clear at this stage whether the Town of the Year competition will be restricted to the 100 places that are developing “Town Deals”, but its focus certainly seems to be on wider towns – similar to the scope of the Towns Fund – rather than on high streets specifically.

If you have any questions or comments about what we’ve discussed here, feel free to post a comment below.

Though we’re not directly involved, it’s still our job – as place managers and high-street experts – to not only understand the policy environment in which we and our clients are operating, but also to do our best to disseminate our understandings in a clear and accessible way.

This site uses Akismet to reduce spam. Learn how your comment data is processed. 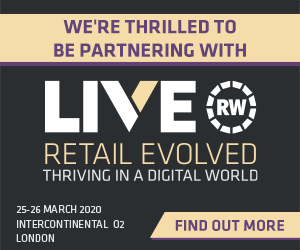 If you're a retailer or other industry insider with something worth telling the world about, drop us a line.
%d bloggers like this: